These days, I seldom admit that I write. I don’t even call myself a writer since I doubt I can dignify the title—even though, Christ knows that must seem mighty modest considering that title is assumed by many mediocre magnates. I have always written, but I have only recently began publishing [either by myself or through independent publishers]; and I have very rarely profited off of it. The term “starving artist” took on a literal meaning for me once I invested in the venture of self-publication after traditional publishers rejected me for my indistinct niche in the market(s) and because I lacked the social capital or substantive endorsements that would’ve made me an asset. At first, I took that rejection very personally—and in some ways, I still do—but a bit of digging into the ‘success stories’ and otherwise prosperous platforms amended the slump I found myself sinking into. Because, I found that particular privileges played a prominent part in one’s ‘marketability’ and that “capitalism” is operant upon even abstract levels since there’s something inherently exploitive and exclusionary when merit is monetized, when success is more quantifiable than qualifiable, and when certain insights are inopportune. 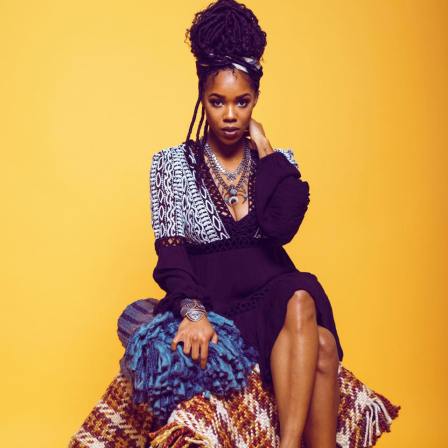 Which is funny because whenever I tell people about my overall life, they tend to think it makes an interesting story. I was already “starving” so to speak as a university student whose scholarships, grants, and [small] savings ensured my academic attendance while a rustic diet and the odd [inexpensive] splurge ensured my survival. Then, I was isolated from most by the time I hit grad school which exacerbated my paranoia and anxiety. Solitude surely strengthened my scholarly output, but it amplified my suspicions and self-consciousness—which already peaked during my stint in modeling that culminated in aesthetic and agented admonishments, depression, as well as eating disorders. Somewhere between my revelations in being racialized and protesting alongside students with whom I shared rage over rising tuition fees, I critically considered how life itself was a catalyst for my creativity and lack thereof. This was around the mid 2000s, when reality TV had just struck gold with a select few franchises—of which there are countless clones now—and existentialism began to wane in popular culture. Self-publishing had begun to flourish which simultaneously created and destroyed cumbersome celebrities. This was the time when social media users with millions of hits and followers were starting to be afforded endorsements, even reality shows of their own; where the lifestyles of the rich became flaunted and famous; and where the internet and personable publishing fashioned a permanency in which gossip could snowball into an avalanche.

This time would’ve marked me as an anxious preteen not so much coming of age as going with the flow. For reasons I have yet to fully explore, I developed and maintained severe avoidance issues which prompted me to disengage and depersonalize by any means possible. And, “any means” was always—and still is—art. I wrote, painted, danced, and piled on playlists. It never once occurred to me that these means were something upon which I could capitalize. When it did occur to me, I honestly didn’t care. I did art as a hobbyist and saw the advent of interconnectivity—forums, sharing sites, galleries, etc.—as beneficial for pen-pals and free access; not ‘marketing’ to a worldwide audience for coin. I only started publishing after I felt like I had a viable idea to actually market; and I was also admittedly arrogant in thinking the content that was definitive of present bestsellers and trends was somewhat banal as well as easy to surpass conceptually. Who wants to read the same story—the same, tired and [perhaps unwittingly] toxic tropes—over and over, especially in a purportedly ‘progressive’ world?

Well, pretty much everybody. Those narratives wouldn’t continue to define weight or sell otherwise. Plus, I doubt that people quite frankly can be bothered to invest in imagination or innovation given how they tasked they are with trials and tribulations. There is little, if any esteem in vision within a world whose successes are defined by expenditure—which is why being an artist or creative entrepreneur is more than a little uninspired. And, also why I literally “starved” once I invested into my creative outlet: which detracted from my thin budget and meant I was periodically and unromantically (looking at you, hipsters) fasting. But, I was no stranger to food pantries before that; and I’d met a number of other creatives going there, campus centres, as well as shelters. These places sometimes had lengthy lines, wait times, or just generally provided a piece of paradise amidst terrible weather conditions; and I had connected with a number of people in these places, many of whom I admittedly never saw again. However, each and every one of them reaffirmed my value of being cognizant of those around me no matter how substantial or superficial. I eventually realized that, despite my affinity and coping mechanism of avoidance, that I simply couldn’t ignore any- and everyone; that despite the enormity of the white noise, I couldn’t tune everyone out because I then would be unable to hear my own calling.

And, I hear something rattle in my soul whenever I listen to Joy Conaway. I stumbled upon her through an oddly fruitful social media suggestion—a recommended page on Facebook—and I haven’t been able to stop listening to her since. Her EP, A Tale of Joy & Sorrow, is off the wall amongst an assortment of her other tracks. For instance, “Alone” is a novel and optimistic perspective on support and sentiment. It bespeaks the priceless proclivities of genuine pleasure, yet discerns that there is can be umbrage in unity in a prevalent praxis of simultaneous insensitivity and indulgence. “The Lion’s Awakening” is an acoustically driven beat avowing pride, perseverance, and personality which affirm there is no expense too great to dignify your own truth; similar to “Forever Song” that imparts the importance of invaluable, interpersonal insight despite its hardships. “Monsters” is a placid, poignant ballad conveying how we are our own worst enemies whom can be amended and astounded by love; if not, overcome by objective. While “Pretend” and “Deepest Fear” are reminiscent of the plucked peace that marked many contemporary artists of the 90s, whose tracks backgrounded the pensive dialogues and epilogues of heartland dramas; thematic of nascent, but noticeable turmoil driven by disclosure. 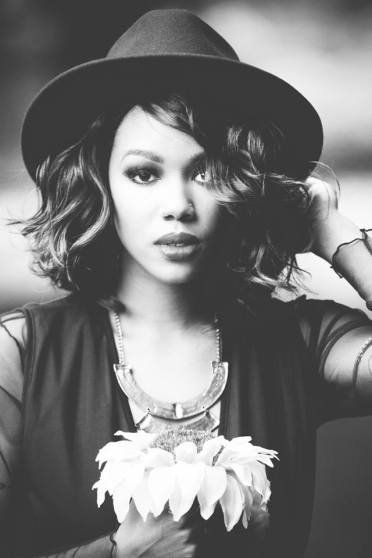 For me, Joy Conaway relates to my own reconciliation of art, aversion, and avoidance. Her songs infuse light into the beacons I had burnt out from my childhood. Rarely do I ever hear such songs that are hopeful and optimistic without being idealistic. Conaway doesn’t profess that dreamers are beneficiaries on the virtue of simply dreaming, nor does she propose glory or principle in obliging some obstinate. She simply serenades the significance of sincerity and self-discovery. No track is nautically naïve or nonchalant, instead avowing anchorage amidst the sea of life and longing.

Moreover, Conaway’s craft itself is worth noting as she is a modest treasure with a small, select discography and promising platform. She creates quality content in the absence of quantifiable artifice. Her songs have soul, which is something that cannot be sold. Not that she isn’t worth investing in. The distinction is that she is a rarity whom cannot be replicated or consumed without question. Her sound has nothing formulaic or processed, which inclines one to understand that connectivity and visibility cannot and do not supplant actual value—and I believe that is also a core theme underwritten in her songs. Listeners are not only empowered by truth or triumph, but also by appreciating meaning as a matter of intimacy and sensation rather than rate.